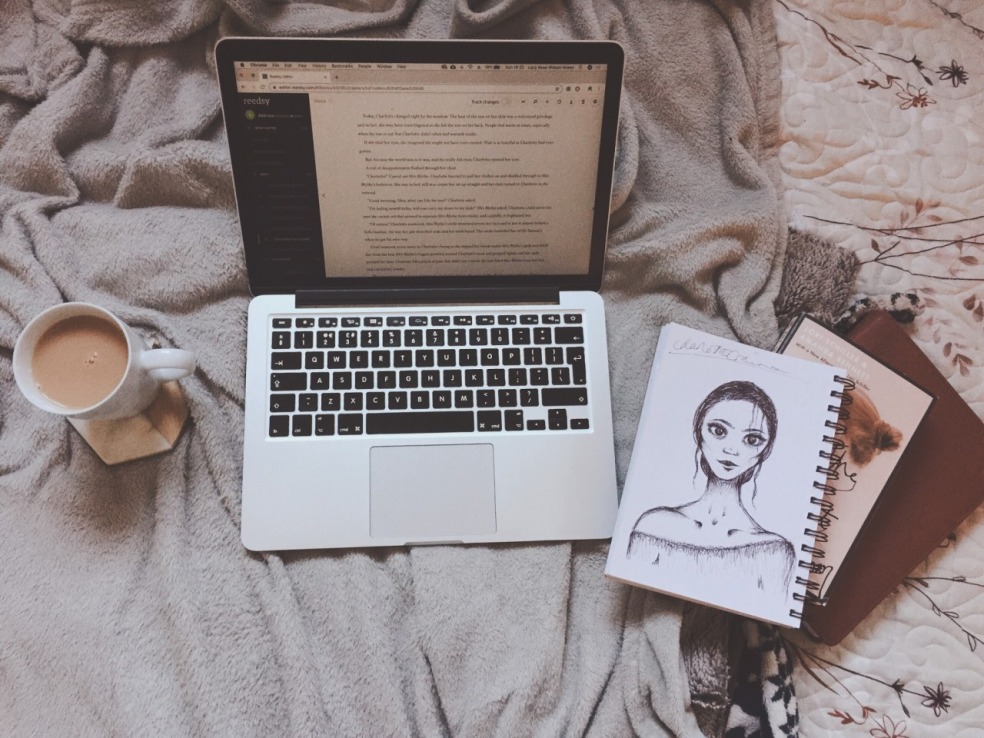 Rural Cumbria is a strange place to grow up when you’re working class. There is nothing for miles and miles and the isolated world you find yourself in sometimes seems like it doesn’t have an end. When I was small, I vividly remember the sky been covered by dark charcoal clouds, but there was always sunlight cutting through – a reminder that there was a world on the outside, beyond the fells and marshes.

“I was transported by the landscape and the folktales that built themselves around our little culture. All from the giants, to the witch who lived in the boat house, to the Croglin Vampire and to the ghosts that linger, tethered to the moors.”

I believe that where we grow up has such a strong link to what we explore in adulthood – especially if you’re telling stories. Most artists have experienced it, that inexplicable moment where we realise that our stories are all the same because they come from a place inside us. We realise that we’re writing about ourselves.

In 2019, I wrote the first script that I considered to be a true reflection of who I wanted to be as a filmmaker. I’d written countless screenplays up until this point (only three of which saw the light of day), but this one, this one, was different. After a series of unfortunate life events, I took a year out. I got flexible jobs doing whatever I could to make ends meet and all so I could spend the year writing. I assisted in painting classes, I was an online counsellor and I wrote letters (50p a letter no less). The strange hours and coworkers I encountered were all worth it though and I was well used to living on a shoestring budget. It was worth it because I could sit from sunrise until sunset and just write most days in the week and work through the night. But through a whole year, I didn’t even think about writing one screenplay. Not even a measly INT. BEDROOM – DAY on the top line of a Celtx doc.

2019 was such a special year for me, because I really learned who I was as a writer. I penned four first drafts of novels (with no intention of putting them anywhere) because I only wanted to learn and I’d always learnt best by doing. Little did I know that I’d do more learning in that year than I’d ever done before. That year for me allowed me to understand the world around me with much more clarity than I’d ever perceived and it was all because of one book – a pivotal reading for my career. The Haunting of Hill House by Shirley Jackson. I’d binge-watched the Netflix Drama (more than a dozen times) and fallen incandescently in love with it.  I decided to pick up the book and I was not only captivated but besotted by the first page alone. This book changed my life in so many ways, more ways than I thought possible. Because of this book the world, finally after so long, made sense at last.

After I read this and I knew what I needed to write.

I opened Celtx (now Final Draft, thank god) and I wrote the first draft of a script called ‘Maud’ in fifteen minutes. There were no distractions, there were no insecurities, there were no expectations and so I was able to write with complete honesty and conviction.

‘Maud’ wasn’t without its flaws, but it’s a script I will forever be best friends with because it opened a door for me to start working on stories that truly expressed a reality that I, and many others, felt they were living in.

‘Maud’ was the first script that I’d ever explored with a Cumbrian backdrop and that’s what made the difference. I’ve long denied my roots as a poor country girl since leaving Cumbria but accepting where I came from has allowed me to start moving forward creatively. ‘Maud’, now titled ‘She Lives Alone’ is truly my love letter to where I grew up – warts and all. ‘She Lives Alone’ was picked up by the wonderful Maria Caruana Galizia of Candle and Bell Films, who helped me to bring this prickly and lonesome woman to life. We received funding from the BFI Network to create this strange and weird world and I can’t wait for it to premiere. I know I’ve been able to capture the coarse lifestyle of a rural Cumbrian because when I watch it, it reminds me so much of my life in Cumbria.

My constant isolation when I was a girl didn’t confuse me, it was always the norm. I learned to make friends with trees and the fish in the beck. It was only when I moved to a city the world that somehow life didn’t make sense. As writers and as creators we always reach back to find the stories we want to explore so that we can make sense of the world when it gets confusing or hard to understand. In that respect, that confusion was the best thing to stay with me all these years.

Our history is a roadmap of our stories.